Locum Vet Jobs in the UK since Brexit

The requirement for Locum Vet jobs since the UK left the EU on the 1st January 2021 has exploded.

A large percentage of the global veterinary contingent was already strained due to Covid making locums return home. Mainly to be with family and friends, or for fear of getting ill while living in temporary practice accommodation.

It is estimated that almost 40% of the UK locum Veterinary Surgeons are non UK citizens. Since Brexit the Home Office has made those with non settled status obtain a Frontier Visa to work in the UK. The overall effect has made locuming in the UK less attractive. And we are seeing far fewer coming to work here as a result. This is not only the Veterinary profession, but Dentistry, Medicine, and several others are feeling the same drop off. This has the combined effect to put an already strained sector under even more pressure to cope with the reduction in staff. We have never seen so many jobs available so often.

The UK Vet locum market was traditionally seasonal, with a marked reduction in locum jobs in Winter. And increasing to it’s peake in the summer months to cover school holidays and traditional summer holidays. In 2021 and 2022 it’s as busy as August all year round!

With there now being 9 Veterinary Undergraduate courses in the UK there should be more than enough grads coming through? We’d like to think so – but no there isn’t. Even with course sizes increasing in capacity – some up to 200 students- which is huge compared to just 20 years ago!

Whatever you stance on Brexit – and as a democracy we are all entitled to agree and disagree here….. Without legislation change on the migrational freedom to come and work in the UK this shortage is not going to change any time soon. We hope it comes sooner rather than later.  The feedback we get is the RCVS has to lobby the government to remove the restrictions to allow free movement again. 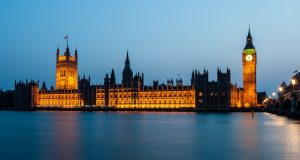